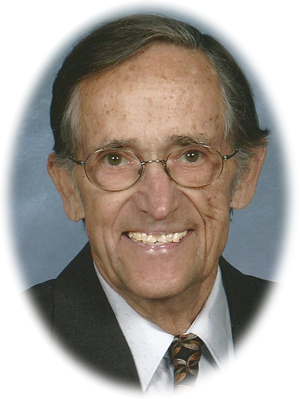 Charles J. Knie, 88, Polo, passed away Friday, March 7, 2014 at the CGH Medical Center, Sterling,IL, with his family by his side. He was born September 20, 1925 in Aberdeen, South Dakota to Ernest and Lottie Knie. They moved to Polo, IL in 1941 and graduated from Polo Community High School in 1943.

During World War II, he served as a Sergeant in Company C 396th Police Battalion of the United States Army. He was married to Eileen Strite October 9th, 1949 at the Church of the Brethren in Polo, of which they were both devoted members. He is survived by his wife, four children, Steven Knie; Mark (Laura) Knie; Christine (Vernon) Shenefelt; David (Teresa) Knie; sister, Lorraine (Vernon) Meyer; sister-in-law, Lila (Larry) Knie; five grandchildren, Renee Shenefelt; Valerie (Ben) Bingle; Ryan Shenefelt; Keeley Knie; and Josh Knie; and three great-grandchildren, Gavin Zell; Taryn Zell; and Evy Bingle. He was preceded in death by his parents and his brother, Larry Knie.

In 1946, he established his own business in Polo. Knie Appliance & TV Inc, now a third generation business, has flourished in the Sauk Valley Area for the past 68 years. In 1994, he was named a Melvin Jones Fellow of the Lion’s Club International Foundation. A devoted businessman, Charles continued to work until the age of 85. He also loved traveling around the world, spending time at the family cabin on the Rock River, hunting, fishing, painting, birdwatching, and working in his flower garden.

Visitation will be Wednesday, March 12, at the Polo Family Funeral Home from 5 to 8 p.m. Funeral services to be held Thursday, March 13, at the Polo Church of the Brethren at 11 a.m. with luncheon and fellowship immediately to follow until 2 p.m. Family graveside services to follow at Fairmount Cemetery, Polo. Military Honors to be accorded.

Memorial contributions may be made to the Polo Lion’s Club, Granny Rose Animal Shelter, or the Polo Church of the Brethren.