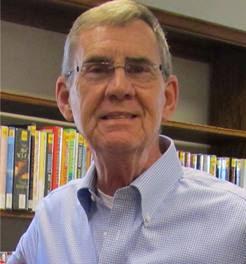 Ed was born in Dixon, Illinois on August 6, 1938 to the late Orville Glenn and the late Beulah Mae (Scherer) Isley.  Ed graduated from the Polo Community High School in 1956.  He attended Western Illinois University and graduated from the School of the Art Institute of Chicago with a BFA degree in Interior Design.  He received his MS degree in Interior Design from Florida State University.  As a member of the American Society of Interior Design, Ed was a premier interior designer focusing on commercial and residential design.  His portfolio of work included executive office design and planning, restaurant and cocktail lounge facilities, residential design, and government office design.  His career spanned over 50 years of design and took him to Omaha, Nebraska; St. Louis, Missouri; and Ventura, California.  Ed worked for such firms as BKM Office Mart, Holscher-Wernig, Mangiamele Interiors, Orchard and Wilhelm, The Office Mart, and Tri County Office Furniture. Ed also was an Assistant Professor at Florida State University.

He is survived by sisters Ruby Jean Isley and Betty Ann Obendorf (Kenneth) of Polo, Illinois and a brother David Lee Isley (Rebecca) of Evansville, Indiana.  Visitation will be held at 4:00 PM on Friday August 17 at the Ted Myar Funeral Home in Ventura, California and at 10:00 AM on Tuesday, August 21 with services following at 11:00 AM by Rev. Terrie Wilder at the Polo Family Funeral Home in Polo, Illinois.  Following the service in Polo, there will be a luncheon at the Pinecricker Café.

A memorial scholarship will be established in Ed’s memory at the Polo Community High School in Polo, Illinois to support a graduating senior.  Burial will be at Fairmount Cemetery, Polo, at a later date.