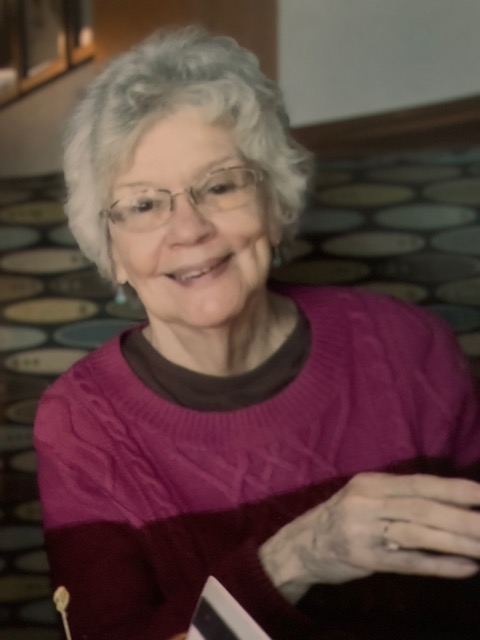 Joanne M. Baumann (92) passed away March 2, 2022. Joanne was born November 26, 1929 in Rockford, Illinois, the daughter of Ted and Edna (Runyan) Stemple. She graduated from East Aurora High School in 1947. On January 21, 1950 she was united in marriage with Leonard Baumann at Sacred Heart Church, Aurora. They were married 62 years when Leonard passed away September 25, 2012. Len and Joanne lived on his family farm in West Chicago for 20 years until the Fermi Lab was built on their property and they bought the farm near Polo in 1969. Len and Joanne raised their nephew Jack (Patti), daughter Cindy (Ryan) Bielefeldt, Susan (Charles) Brunner, Nancy (Tim) Butcher and son Michael (Donna) Baumann and her grandchildren Chris, Carrie and John Baumann, Chris and Scott Mathieu, Brandon and Kristina Butcher and Lena, Sadie and Eli Baumann, and numerous great grandchildren, and nieces and nephews. She was preceded in death by sister Carol Westrate, brother Teddy Stemple, brothers-in-law John Baumann, Joe Hinterlong, Earl Komes, sisters-in-law Cora Baumann, Evelyn Hinterlong and Louise Komes.

In lieu of flowers, memorial has been established in her name. Many thanks and appreciation to the staff of CGH Sterling and Dr. Oh.