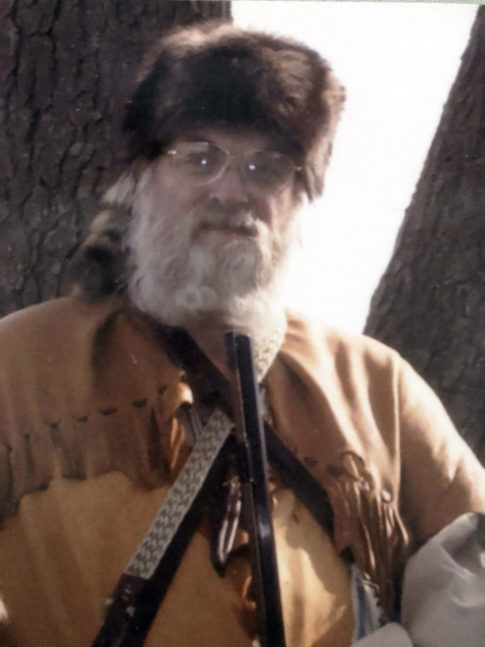 Roger Dale Garrison, 71, died on October 2, 2020, with his family by his side. Roger was born to Esther and Clay Garrison on February 16, 1949, and lived the majority of his life in Polo. He was married to Patricia “Pat” Lawson of Ashton on October 10, 1981, in an outdoor ceremony at Camp Emmaus. Together the couple raised three children, Jo (Larry “Ben”) Bittinger of Polo, Keith (Katie) Chesnut of Polo, and Molly Sides of Rockford. He was affectionately known as “Pa” by his six grandchildren, who were his absolute pride and joy.

For several years Roger raised hunting dogs, and owned and operated The Hunter’s Corner gun shop in Polo, and then in Ashton. He worked for 19 years as a print press operator at Quebecor Printing in Mt. Morris. In retirement, he enjoyed working part-time at Smokin’ Gun Worx in Forreston. Throughout his life he frequented antique shows and flea markets as a vendor in the Northern Illinois area, and was widely respected as an expert in the field of antique traps, tools and firearms. Over the last several years, Roger converted his expertise into educational outreach, dressing as a “Mountain Man” and teaching area youth about pioneer life and survival. He was a lifetime member both of the National Rifle Association and the Tri-County Gun Club.

He is preceded in death by his parents, and one brother, Melvin. He is survived by his wife Pat, his three children, brother Bob (Rose) Garrison of Roseville, CA, brother Bruce (Penelope) Garrison of Morton, IL, and grandchildren Hayden and Garrett Bittinger, Cole and Knox Chesnut, and Raine and Ila Sides, along with nieces, nephews, and twin grand-nephews, who will all dearly miss their Pa and Uncle Yup-Yup.

A memorial will be established at the Tri-County Gun Club. Condolences may be sent to his wife, Pat Garrison, at her home in Polo.

A celebration of his life will be Saturday, April 3, 2021 from Noon to 3:00 p.m. at the Barnacopia, 2570 N. West Branch Road in Polo. Please join the family for a casual time of remembrance with a lite lunch being served.