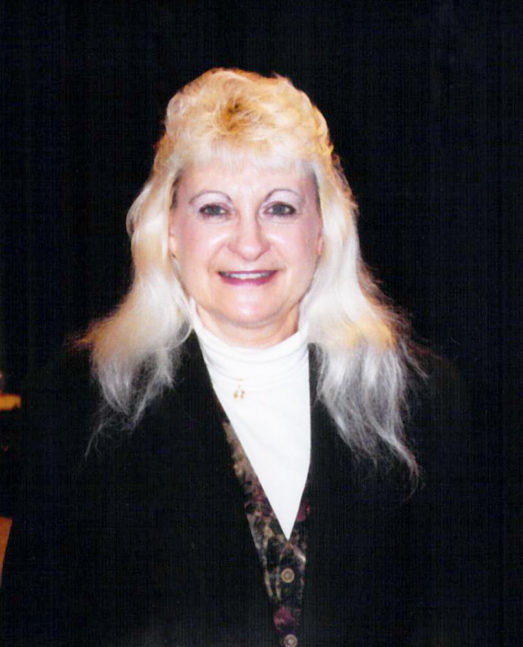 On Saturday, December 11, 2021, Sandy K. Roodhouse transitioned from this earthly life to eternity. Being a Christian and having faith and hope in Christ as her Savior and Lord Sandy is, as D.L. Moody once said, Sandy “is more alive today than she has ever been.” Sandy is with her true love – her Lord and Savior, Jesus Christ. Was Sandy perfect? No! Sandy was a sinner just like men and women (“For all have sinned, and fall short of the glory of God.” Romans 3: 23) However, Sandy confessed her sins to God, asked forgiveness of her sins, repented, and gave her life to Christ in 1994. (“That if you confess with your mouth, Jesus is Lord, and believe in your heart that God raised him from the dead, you will be saved.” Romans 10:9). Sandy grew in Christ and in her love for God (Father, Son, Holy Spirit).

Sandy was born on August 24, 1948, to Raymond and Vada (Harmon) Mackey. (Sandy was 73 years of age.) She grew up in Polo, Illinois, where her favorite past time in her teens was roller skating at the White Pines Roller Rink.

She married Michael Tice and they had a girl, Michele Tice, and a boy, James Tice. Michael and Sandy divorced in 1983 or 1984.

Sandy later married Charles D. Swank. Charles and Sandy were volunteer EMTs for Tri-District Ambulance for many years – until Charles passed away suddenly in 1993 (age 39).

Sandy met Richard W. Roodhouse in 1994 and they were married on June 25, 1994. Sandy homeschooled Brandon Roodhouse and her two grandchildren, Dylon Tice and Destiny Tice.

During her life here on earth, Sandy worked as a factory worker at Structo, Micro Switch, and a shoe factory. She also worked for Burns Security and rose to the rank of Sgt. Sandy did some undercover work for Burns Securtiy. She also worked as a secretary at Sundstrand in Rockford, Illinois. Her beloved work came as a Certified Nursing Assistant at the Stephenson County Nursing Center in the Alzheimer’s Unit. Her last job before retiring to homeschool was as a Dental Assistant.

The last church she was able to attend, due to pulmonary fibrosis, was Emmanuel’s Gathering in South Beloit, Illinois. She considers the Christians there to be her church family. She also attended Life Church in Roscoe, 1st Assembly (now City First) in Rockford, and New Covenant Assembly (now Crossroads Community Church) in Freeport, Illinois.

Sandy was preceded in death by both her parents, Michael Tice, Charles Swank, and some of her cousins.

A visitation will be Friday at Zion Church, 4292 W. Stephenson Rd, Freeport from 9:00 a.m. to the start of service at 10:00 a.m. A private graveside service will follow at the Oakland Cemetery, Freeport.

In lieu of flowers, please make a donation to your local church this holiday season in honor of Sandy.

The family wants to thank Monroe Hospice for all the help and care they provided. The family appreciates all that was done.