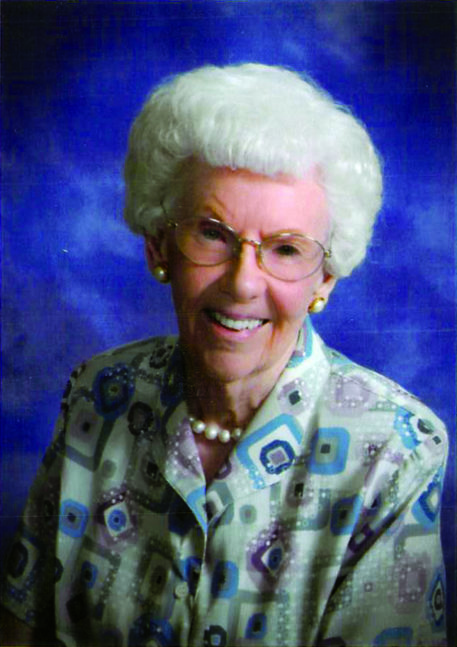 She was born Dec 2, 1920 in Reddick, Il, the third child of four siblings to Rev. George and Lulu(Morris) Wykle. Verla was united in marriage to Denver E. Attig on March 16, 1940 in Washington, Il. They bought a farm near Brookville, Il and moved there shortly after.  Verla was a homemaker who enjoyed cooking, gardening, and working in the local EUB Church in Brookville where she often shared her talents. One son and one daughter were born to them. In 1979 they retired from the farm life to a home in Polo, Il where they lived out the rest of their lives being active in the local Evangelical United Methodist Church. She was preceded  in death by her parents, a sister, two brothers, her husband Denver, and a son-in-law Dale. Verla was an excellent cook and really loved preparing meals  for her family and friends at her home in Polo.

Verla is survived by a son Richard ( Irene)Attig of Polo, Il and a daughter Nancy  Keyt of China, Michigan and three grandchildren, Michael (Barbara) Attig of Sunnyvale, Ca., Dr. Amy(Scott) Shockley of Ionia, Mi.  and  Brian Keyt of Greenville, South Carolina.  Also she was survived by two great grandsons Kyle and Ryan Attig of Sunnyvale, Ca. and also many nieces and nephews.

Due to the virus situation a small private graveside service for the family will be held at the cemetery September 10, 2020. Burial will be at Fairmont Cemetery.

In lieu of flowers, a memorial fund will be set up for the Faith United Methodist Church and Pinecrest Nursing Home.

The family would like to offer their sincere thanks for all the care and compassion given to Verla by the staff at Pinecrest Nursing Home and Serenity Hospice.