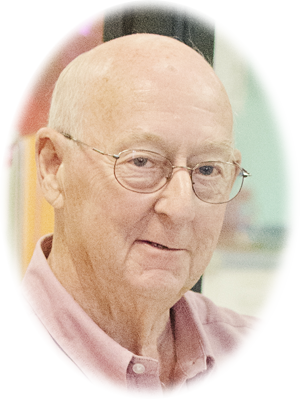 Bill was born on April 23, 1937 in Dixon, IL, the son of Herman and Ruth (Pope) Giles. He graduated from Polo Community High School and was a proud veteran of the armed forces. Bill was married to Annette Marie Dunphy on February 17, 1977.

Bill had a successful career including over 30 years with IBM in Chicago, IL and Poughkeepsie, NY before moving to Oklahoma and working with EMC and Decision One.

Bill loved his family, especially his grandchildren, his friends, technology, history, and reading.

He was preceded in death by his parents, his wife, and his sisters Sandra Hendershot and Betty Herbig.

Visitation is at the Polo Church of the Brethren in Polo, IL from 9:30-10:30 on Saturday, January 18, 2014. A service will be held at 10:30. Burial will take place following the service at the Fairmount Cemetery.

In lieu of flowers, memorials to the American Heart Association or the American Cancer Society would be appreciated.

“That we once enjoyed and deeply loved we can never lose, for all that we love deeply becomes part of us.”
– Helen Keller

Condolences may be sent to pffh.condolences@gmail.com on the Internet.