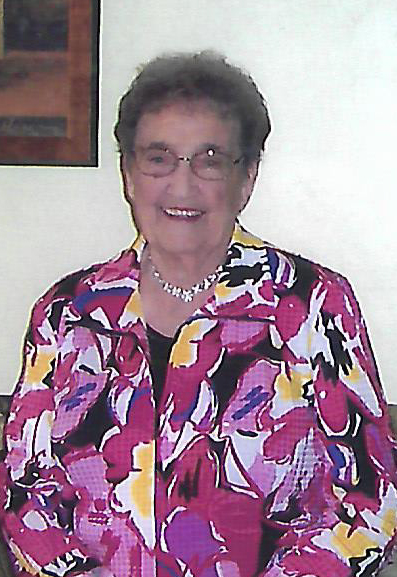 Arlene graduated from Amboy High School in 1936.  She and Byron moved to Polo in 1956 where they farmed for over 40 years.  Arlene was a member of the Polo Evening Woman’s Club, a past president of the Federated 13th District Woman’s Club, Illinois Home Extension group for over 50 years, served on the board of Directors for Polo Area Senior Services and Second Hand Rose, member of Ogle County Tourism and a 60 year member of the St. Mary Catholic Church and Altar & Rosary Society in Polo.  She served 2 terms as trustee on the Buffalo Township Board and also served as secretary for the Polo School Board Foundation and for the Diocesan Council of Catholic Women in Rockford.

A memorial mass will be held at 1:00 p.m. on Saturday, January 7th at St. Mary Catholic Church in Polo with Rev. Richard Kramer officiating.

In lieu of flowers memorials may be directed to St. Mary Catholic Church, Polo, or the Polo Public Library Foundation.