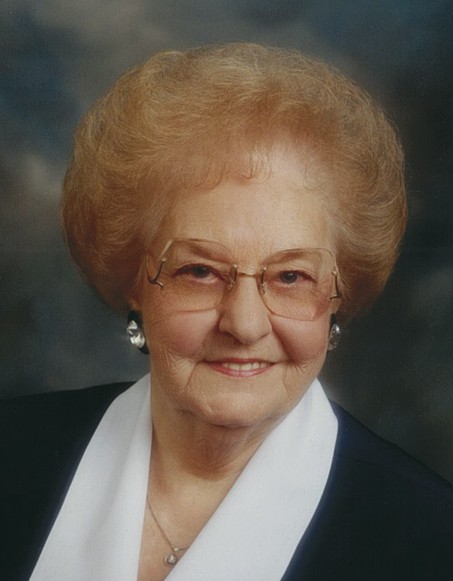 POLO – Betty Ross White, age 91, of Polo, passed away peacefully on September 6, 2016 in Freeport, IL. She was born on August 4, 1925 in Eldorado, Illinois, the daughter of William Ross and Jewell (Walker) Simons.

Betty’s parents moved to Dixon, IL where she finished school and graduated in 1943 from Dixon High School. She started her education in nursing at KSB Hospital in Dixon. She met and married Donald Buss White on November 1, 1945.

Betty worked at Watts McGregor Magazine Agency in Mt. Morris. She was later employed by the Forreston State Bank. After retirement from the bank, Betty worked at the Polo Apparel Dress Shop and Town and Country in Oregon.

She was a member of Faith United Methodist Church in Polo. She was a president of the Polo Grade School PTA and Polo Chamber of Commerce. She helped with Girl Scouts. She was a member of the Elks and Moose Clubs. They were members of the Mt. Morris Boat Club where their children learned to water ski.

Her joys in life were listening to music; especially Chuck Simons, cousin, playing drums in the orchestra, going to the show, traveling, playing cards and being with her family and friends. She loved to go to their home on Kentucky Lake and go fishing with her husband, cousin and uncle. Her family has fond memories of summer vacations at the lake.

She is preceded in death by her parents and her husband, Don.

Funeral Services will be held at 11:00 AM, Friday, Sept. 16, 2016 at the Faith United Methodist Church, Polo with Pastor Karen Hundrieser officiating. Burial will be at Chapel Hill Memorial Gardens Cemetery in Dixon, IL.

Visitation will be held one hour prior to funeral services on Friday from 10:00 AM to 11:00 AM. A memorial has been established, in the name of Betty R. White, to benefit Faith United Methodist Church and FHN Hospice.