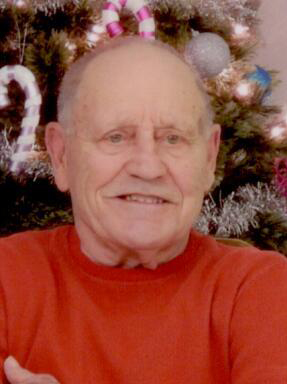 He was born on June 7, 1928 in Eagle Point Twp, rural Polo to Archie & Grace (Weigle) Woodin. He married the former Barb Garriott on October 5, 1951 at Elkhorn Brick Church. She survives.

He was preceded in death by his parents, a granddaughter, Lindsey Kay Woodin and 3 brothers: Earl, Bob and Raymond Woodin.

Don graduated from Milledgeville High School in 1946 and then entered the United States Marine Corp.

He was the 4th generation farmer on a centennial farm in the rural Polo area and had also worked for the City of Polo, White Pines State Park and Polo High School. He was an avid Cubs fan and enjoyed reading Western Novels.

He was a member of the Elkhorn Brick Church where he was also baptized at.

A visitation will be held from 4-7 PM Friday at the Polo Family Funeral Home.

Funeral services will be held at 10 AM Saturday at the funeral home. Jerry Martz will officiate and also conduct graveside services at the South Elkhorn Cemetery in rural Milledgeville.

Memorials may be directed to the Polo School Foundation or Ogle County Hospice.