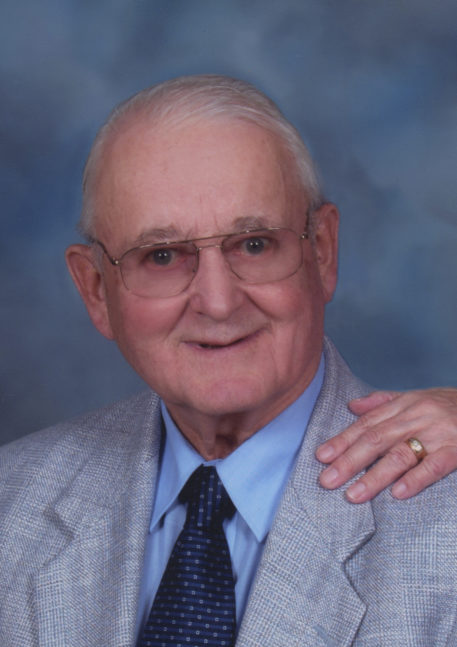 George Maynard Hammer, 93, of Polo, passed away Sunday, February 5, 2017, at Pinecrest Manor Nursing Home, Mt. Morris with family by his side.   Maynard was born January 15, 1924, in Lincoln Township,  Ogle County, the son of George M. and Sarah May “Sadie” (Zumdahl) Hammer.  On March 28, 1948, he married Vernabell Quest until her passing in August of 1982.  Maynard then met and later married Doris (Flessner) Frayser on February 6, 1986.  He was a fourth generation farmer in the Ogle County area.  Maynard was a lifelong member of the Polo Church of the Brethren, and volunteered at the Polo Area Senior Center.  He enjoyed woodworking, making wooden toys and birdhouses and volunteering his services as a carpenter and builder for local community projects.

He was preceded in death by sisters Belva Hammer and Blanche Bloyer.

Visitation will be 10:00 a.m. Saturday, February 11, 2017 at the Church of the Brethren, 401 S. Congress Ave., Polo until service time at 11:00 a.m. with a luncheon immediately following.  A private burial will take place prior to services at Fairmount Cemetery.