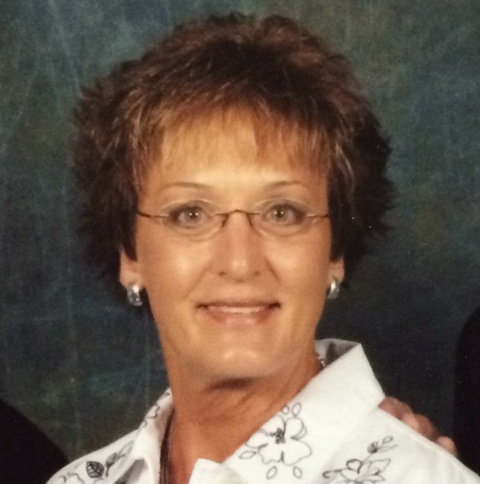 Judith Lynn Bocker, aged 69, went home to be with the Lord on September 25, 2015 at her home in Polo. Judy was born on August 12, 1946 in Polo, the daughter of Maxwell William Plum and Audrey Gayman Plum.

Judy fought a courageous battle against cancer for the past seven years, offering hope and inspiration to everyone she encountered through her journey. From the onset of the disease, her motto was “JOY”, standing for Judy’s Overwhelming Yearning to find JOY in her journey.

As a young girl, Judy enjoyed driving a tractor on the family farm outside of Polo. She attended a one-room elementary school house outside of Polo. As fate would have it, she attended that school with the young and spry Gary Bocker, who took a liking to her in 1st grade, although Judy couldn’t have cared less at the time.

After graduating from Polo High School in 1964, Judy attended Morningside College in Iowa for a short period. She found herself so homesick that her dad drove all day and night to get her back home. After getting married a few years later, Judy and was blessed with her two boys, Bret and Geoff. While living in Lanark and Shannon as the boys grew up, Judy held the position of Lanark City Clerk, and also worked at a local law firm and the Shannon Bank.

In 1994, Gary Orin Bocker finally got his wish and married his elementary school sweetheart. Gary and Judy were married for 21 years this past June. During their marriage, it was a rare instance that the two of them weren’t actively participating in some club, church function, or other adventure. Their journey led them to presidential inaugurations, across the state and country with the Lions, and on Judy’s brief singing career with a quartet. The past several years were spent building a museum and bed and breakfast of sorts, aptly called Barnacopia. Judy was a member of Crossroads Community Church in Polo.

Judy is survived by her husband Gary; sisters Carol Hammer of Polo, Kathi Heller of Byron; sons, Bret Rogers of Scottsdale, AZ and Geoffrey Rogers of Tampa, FL; step sons, Mark Bocker of Polo and Dan Bocker of Maryland Station; fifteen grandchildren, three great-grandchildren; and a number of other relatives and friends across the country.

A celebration of life for Judy will be Wednesday, September 30, from 4:00 to 8:00 pm at Barnacopia, 2570 NW Branch Rd, Polo. Services will be 10:00 am, Thursday, October 1, at Crossroads Community Church, 205 N. Jefferson Ave, Polo. A luncheon will be immediately following at the church.

Judy will be laid to rest in a private graveside service at West Branch Cemetery, Polo. In lieu of flowers, she has asked that memorial donations be sent in her name to Rockford Rescue Mission, 715 W State St, Rockford, IL 61102. Polo Family Funeral home is handling the arrangements.