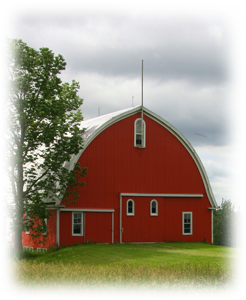 Bob was a good steward of the land, he had a dairy farm for over 50 years just outside of Mt. Morris.  He enjoyed traveling, being on his mower or in the fields.  In retirement Bob still worked hard but got to play even harder.