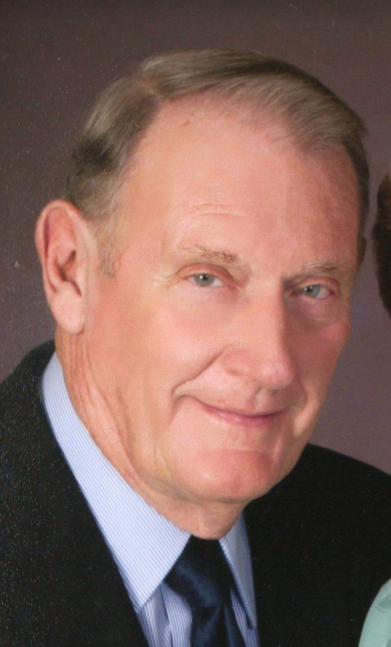 Robert Lee Donegan passed away on February 7, 2017 in Largo, Florida.  He was 77.  Robert, originally from Milledgeville, Illinois was the son of Lee and Lois Donegan.  He attended Milledgeville High School and graduated in 1957.  He married his high school sweetheart, Georgeanne, in 1959.

He attended Bradley University in Peoria, IL and was in involved in ROTC., he would return to further his education at Northern Illinois University in Dekalb, IL. where he graduated with his Bachelors in Business. He started his career working at Kraft in Stockton, Illinois.  Later, he would join the Borg Warner Corporation in Dixon, Illinois. Several promotions with Borg Warner would take him from Dixon to Decatur, Illinois, and back again.  He enjoyed the manufacturing business and became Vice President and General Manager of a division with Borg Warner.  He would spend more than 20 years with the company making many life long friendships.  The “Borg Warner Group”  a group that would continue to meet once a year for the rest of his life. Many great life long friendships also came from the years he lived and worked at the Decatur plant. Upon leaving Borg Warner, they would move to Palm Harbor, Florida and try something new.  He bought  Crystal, Glass and Mirror company which he kept for several years.  This would begin their love for Florida. He was drawn back to manufacturing and they moved on to Hopkinsville, Kentucky  where he managed another car manufacturing company.  He ended his manufacturing career in Bellevue, Ohio as Plant Manager for A.O. Smith.  In 2001 he would retire and settle back to Largo, Florida.
They would enjoy Florida for the rest of their lives in Largo, Florida, Palm Hills community.

Robert and his wife Georgeanne traveled many places together.  Alaska, Hawaii, Australia, New Zeland Europe to name a few. He enjoyed golfing so much it became a daily activity which he continued up to the time of his passing.  The golf group “The Bandits” of Palm Hill was his favorite past time. He kept the stats and records for this group daily, and enjoyed it very much. He was Chair person of the Communication Committee at Palm Hill which included being Editor of their monthly newsletter, The Link.  He served on the
Board of Directors for 3 years, and was President for 2 of those years.  He spent a number of years on the Finance committee, and also helped his wife Georgeanne with Helping Hands. He was a kind, loving, caring and respectful man who helped many during his lifetime.  He will be remembered, and missed by all that knew him.

He is preceded in death by his wife Georgeanne.  He is survived by his brother Jerry (Mary Kay) of Moline, Illinois.  Son, Randy (Dayle) of Banning, California.  Daughter, Rhonda (Rodney) Smith of Stillman Valley, Illinois, and son, Rob of Elgin, Illinois. Two grandchildren, Mandi (Mark) Miller of Dixon, Illinois, and Josh Beck of Sycamore, Illinois.

Celebration of his life with visitation is Saturday, February 18th from 9 to 10:30 a.m. at Polo Family Funeral Home, Polo, IL.

Anyone wishing to honor his memory may make a memorial donation in his name at www.moffitt.org/give-back.