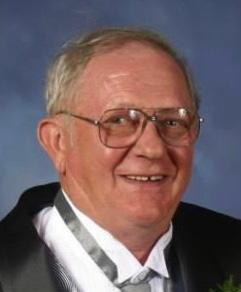 Roger Phillip Johnson, age 81, passed away on Wednesday, Dec 1, 2021 at Aperion Care in Princeton, IL. Roger was born on Sept 24, 1940 in Dekalb, IL; son of Glenn and Darline (Osland) Johnson. He attended school in Waterman, IL. He helped his father with the family farm while growing up. Roger married the love of his life, Karen Hendrickson on Feb 1, 1974 in Dekalb, IL and moved to Polo, IL in 1981. Roger worked as a farm machinery mechanic for Polo Motor Company for many years and later worked for Polo Agri Systems in Polo, IL until he retired in 2014.

A celebration of life will be held on Sunday, Dec 12th from 1:00pm-5:00pm at the Polo Room in Polo, IL. Private burial will be in Union Cemetery in Steward, IL at a later date. Memorials can be sent to Serenity House in Oregon, IL.